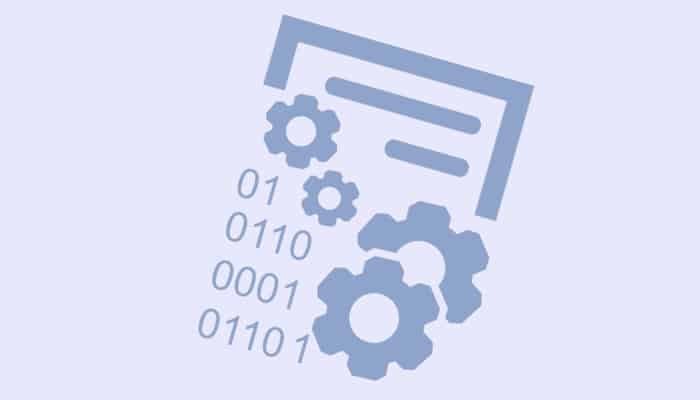 How To Assess The Integrity Of A Smart Contract Casino

How To Assess The Integrity Of A Smart Contract Casino

Using Ethereum and smart contract technology to help build the next generation of crypto casinos is still obviously very much in the experimental phase. However, the advantages to smart contracts are already clear to crypto gamblers and developers alike – they are simple to program and have the potential to be used in a wide range of applications that will keep gamblers coming back to the sites again and again.

Ethereum technology and smart contracts also mean that players can bet on a number of different type of games with any amount ranging from less than a cent, all the way up to tens of thousands of dollars and all without needing a third-party to oversee or authenticates the transactions.

Additionally, as Ethereum operates on a public blockchain, it means that everyone can follow, review and audit any transactions that occur on the network.

Ethereum-based gambling sites using smart contracts can allow anyone in the world to gamble within a trustless environment and this of course is preferable to gamblers who have long sought a fair and tamperproof gambling platform.

Smart contract technology is becoming widely adopted in the next generation of casino games which will allow players to gamble with cryptocurrencies.

Classic-type gambling games have been the first to be revolutionized by smart contract technology, however we are also witnessing the development of a peer-to-peer style betting environment.

The proliferation of smart contract casinos in the online gambling industry will necessitate that bug-free smart contracts are consistently developed so that games can be safely and securely played on by all of its users.

In that sense, there has never been more of a need for quality control in the writing of the code of the smart contracts and decentralized applications (or casino DApps) to ensure they are totally bug-free and immune to vulnerability from hackers.

However, as is normally the case with many emerging technologies such as this, smart contracts still have the potential to be plagued by serious security vulnerabilities.

Even with the very best intentions, decentralized code can be very difficult to get correct all the time and even seasoned developers often make mistakes about the complexities of such a new type of programming environment.

Because smart contracts are usually unalterable once they are on the Ethereum network, it can be difficult to remove security vulnerabilities in the agreements that regulate the smart contract casino games.

As we know, one of the great things about smart contract casinos is that they are provably fair and to show this, they allow users to access the source code of the smart contract on the casino’s website.

However, the problem with this, is that any potential bugs in the code are visible to hackers who have some time to exploit the casino until the problem is solved. Moreover, any vulnerabilities could also enable regular players to manipulate the games they are playing to win more easily.

Unfortunately, we know that smart contracts are regularly targeted in this way. At the end of a recent discussion on smart contract security at Devcon3 earlier this month, Ethereum Foundation security lead Martin Swede said “Everyone here is a target for attack. Be paranoid”.

What options do I have if I want to assess the integrity of a Smart Contract casino?

There are a number of ways that users can avoid or mitigate smart contract security issues. The first and most simple would be to check the source code that is publicly available on the website of your favorite smart contract casino.

For example, Etheroll is an online casino which offers a simple dice roll game and its team have put the source code to their smart contract online on their website (found here).

If your favorite smart contract casino has done something like this, you should be feeling as though you are in good hands as they are probably quite sure the code is secure.

However, if you are feeling particularly concerned about the security of a particular smart contract casino, you can also consult the services of a security expert and request that they conduct a smart contract audit.

Basically, a smart contract audit is the process of carefully investigating a piece of code, to find bugs, vulnerabilities and risks in the code. However, requesting a professional security expert is a very expensive pursuit and even if it is completed, there is no guarantee that the source code could not still be exploited in the future.

However, there have popped up several professional auditing firms specifically for smart contracts such as Zeppelin Solutions, New Alchemy and Bok Consulting Pty.

Another option would be a service like Solidified which offers a platform for crowd-sourced review of smart contracts, where anyone can ask for a smart contract to be reviewed with a large network of blockchain experts. It offers an audit feedback, patches and community sentiment which is totally visible and transparent to the public.

If you want a crowdsourcing process which ensures the audit is unbiased, reputable and verified by multiple independent reviewers then this perhaps is the way to go.

Outlook on the security of smart contract casinos

As we know, smart contracts definitely have the potential to revolutionize the gambling industry but obstacles still remain about addressing their security vulnerabilities.

It is clear that the smart contract casino community wants a safer and more stable ecosystem that can stand the test of time without being vulnerable to hackers. As such, there is an increasingly need to be able to test and certify smart contracts to ensure that the entire Ethereum eco-system is safe.

As we move forward, we should expect a number of security vulnerabilities to emerge because as a new technology many bugs have not been discovered yet. As a result, crypto gamblers should expect there to be a long way to go they can be completely sure of the security of their favorite smart contract casinos.

It is likely as the technology becomes more widely adopted the likelihood is that new bugs will be discovered and new best practices will continually be adopted by the programmers.

Although it is clear that in order for smart contracts to become really powerful, the further development of the ecosystem is required where the contracts are regularly screened by trusted and knowledgeable members of the community.