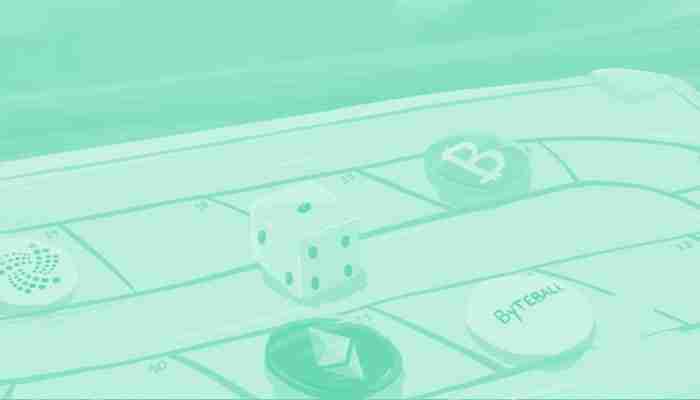 Why Ethereum Gambling is the future

Why Ethereum Gambling is the future

Traditional gambling mechanisms are in a state of positive transition. The technological innovation afforded to the growth of digital currency has allowed players to experience new forms of reliability, fairness and most importantly – trust. This is because of the Ethereum blockchain, which has completely removed the need for players to trust that the games they gamble on are legitimate. Instead, public traceability on the blockchain has allowed anyone with an internet connection to verify that online casinos are playing fair.

What is the Ethereum Blockchain?

A good starting point would be to consider the key fundamental differences between a centralized system and a de-centralized system. A high-street commercial bank would be an example of a centralized entity, insofar that they are the single central authority that controls the transactional ledger. This means that when consumer A wants to transfer funds to consumer B, the bank will act as the intermediary. If any issues arose, both parties would need to rely on the bank to act in the consumer’s best interests, and therefore, an element of trust must exist.

In a de-centralized system such as Ethereum, rather than rely on a third-party to validate transactions, the network operates on a trust-less, peer-to-peer basis. Reverting back to the same example of two individuals sending and receiving funds between one another, Ethereum’s cryptographic framework is able to process and validate the movement of funds by solving algorithmic problems. No single person or entity has control over the network, instead, the online community (known as ‘miners’) are able to confirm that the transaction is legitimate. Furthermore, every transaction that has ever occurred in the Ethereum system is transparently viewable on the public blockchain – something not possible on a centralized network such as a bank.

Now that you have a basic understanding of how a de-centralized blockchain differs to that of a non-transparent centralized database, how does this relate to Ethereum gambling? Traditional fiat casinos are a prime example of a sector that operates on a centralized system that relies on player trust. When the customer deposits funds in to their account, the casino has full control over of their money. This also relates to a player requesting a withdrawal of their winnings – whereby this is nothing more than a request. Should the gambling operator fail to pay, there is nothing that the player can do.

A Centralized framework is also cause for issue in the verification of game fairness. For example, when a player gambles on an online slot game, they have no way of verifying that the pay-out ratio is reliable. This is because all of the transactional data is kept behind closed doors, removing the ability for the player to verify that the odds are legitimate. A further flaw with traditional mechanisms, compared to Ethereum gambling is that they are labor intensive. This means that the casino must recoup these costs by increasing the house-edge, subsequently giving the player less chance of winning. This is fully illustrated in a standard game of roulette, whereby there is a clear disparity between the odds on offer, and the actual chance of winning.

Ethereum’s blockchain has the ability to remove all of these concerns, acting as a fully transparent control. Firstly, when funds are deposited in to an Ethereum casino, the customer does not need to supply sensitive payment details such as a debit or credit card. Instead, a user would transfer Ethereum from their digital wallet directly in to the wallet of the online casino. As a result, the transaction is now fully transparent on the public blockchain, with the operator having no ability to amend or contest the movement of funds. This is also relevant to a withdrawal of winnings, whereby once the funds are sent back to the player’s wallet, this transaction is fully verifiable by the online community.

The blockchain can also provide significant guarantees that online casino games are provably fair. If for example an Ethereum gambling provider has an online slot game with a pay-out ratio of 90%, this can be fully validated, as all of the historical slot data is publicly available for audit. This removes any ability for the online casino to adjust the agreed odds, as the pre-defined smart contract cannot be altered. These benefits can all operate in a fully automated manner, and as such, there is far less reliance on human capital. The financial savings that this generates for the online casino can then be passed on to the player. Subsequently, the house-edge on offer will be considerably higher than that of a conventional casino, giving the player more chance of winning.

Overview: The Player is in Control

To conclude, one the key requirements for a traditional online casino is reputation. Earning credibility can take years to achieve, and even then, history suggests that players are still falling foul of illegitimate operators, such as having their funds suspended or refusing to pay-out winning bets. This is all due to the involuntary control that players give to the casino, in other words, the centralized system. Nevertheless, the introduction of cryptographic blockchains such as Ethereum has created a new sea-change in player protection. No longer do players need to be concerned about the fairness of games, speed of payouts or safety of their funds. Moreover, the de-centralized Ethereum blockchain has also reduced the need for casinos to implement unreasonable house-edges, thus, increasing the chance that the player will walk away a winner when opting for an Ethereum gambling provider.

Check out our 2018 guide to find out which Ethereum Casinos deserve our recommendation.