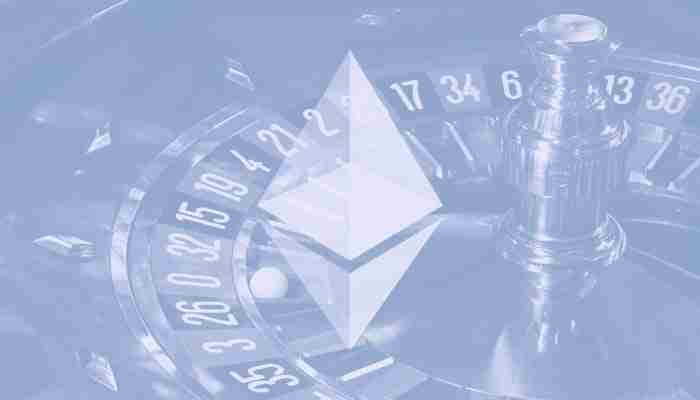 Is Ethereum the best casino blockchain?

Is Ethereum the best blockchain for decentralized casinos?

The Ethereum blockchain has revolutionized the online casino industry, not least because of the cryptographically sound assurances that it can offer – notably trust, reliability, speed and security. These benefits have created a sea-change in how players gamble online. Smart-contracts built in to the Ethereum blockchain allow individuals to place bets without having to trust that the online gambling operator is legitimate. This is because the pre-defined rules configured within a smart-contract allow a fully automated process, whereby every single transaction that has ever occurred being available to view on the public ledger. Ethereum casinos have benefited from the trust-less automated blockchain technology – otherwise known as a De-Centralized App (Dapp), and as a result, are now offering customers unbeatably low house-edge percentages. However, certain critics within the cryptocurrency arena believe that Ethereum may not be the de-facto blockchain of the future, with potential alternatives seeing their market share grown day by day.

What does an Ethereum Dapp do for the online casino industry?

To illustrate some of the advantages that Ethereum blockchain casinos can offer, it is entirely relevant to look at one of the most popular crypto-gambling products on the market – dice. The purpose of the game is to predict the outcome of the roll, usually by guessing whether the number will be higher or lower than a pre-defined range. By opting for a Dapp based gambling website, the player can place their bet without requiring the services of a third-party. This is because the Dapp will automatically generate a cryptographically secure random number, and then automatically send the player their winnings, direct to their Ethereum address. These capabilities have essentially made the traditional online casino industry obsolete, insofar that players no longer need to open accounts, deposit funds, send documentation and subsequently wait long periods before they receive their winnings. Furthermore, the benefits that Ethereum smart-contract can bring to online casinos are not limited to dice games. Practically every mainstream gambling game, such as blackjack, roulette, slots, and even sports betting, can be operated using Ethereum’s blockchain Dapps.

Does the Ethereum blockchain have any potential flaws?

One of the key issues that cryptographic commentators are concerned with is Ethereum’s ability to scale in size. At present, the network has the ability to conduct 15 transactions per second, which in comparison to Bitcoin’s 7, is fairly positive. However, Bitcoin’s system is only concerned with currency, whilst Ethereum’s smart contract operations are far wider reaching. This means that in 1 minute the Ethereum blockchain will facilitate just 900 transactions, not much when one considers the amount of activity on gambling sites alone. Factor in high speed-low value games such as slots, and thing start to get really tough. Nevertheless, the team at Ethereum have issued various press releases pertaining to a version 3.0 of the blockchain, which if all goes to plan, will offer “infinite sharding” – solving pretty much all scaling issues.

Sceptics of such technological capabilities are looking at potential alternatives for the future. The NEO blockchain, which utilizes a consensus mechanism called Byzantine Fault Tolerance (dBFT), has the ability to perform 10,000 transactions per second, dwarfing that of Ethereum’s 15. Furthermore, the NEO blockchain is also able to perform these transactions using far less energy – something that is also becoming an issue with some of the more established players. An additional alternative to Ethereum’s framework is IOTA, which offers a unique approach to transaction validation. This is because the IOTA network requires the user to verify two other unrelated, random transactions, significantly reducing the need for miners, as well as removing any associated fees. The IOTA blockchain claims to have completely removed transaction limits, as activity grows in conjunction with user demand. Then there is Cardano, a multi-layered protocol that also claims to be limitless in transactional capabilities. This particular newcomer to blockchain technology increases its resources as more users join the network. Although more resources are consumed as more nodes engage with the system, Cardano still increases in speed as users also provide resources in what is described as a distributed scaling system.

What does the future of the online casino industry hold for Ethereum?

If Ethereum’s exponential growth continues to follow recent trends, then its current framework may begin to struggle with future demand. It cannot be denied that the blockchain has provided the online casino industry with a plethora of benefits, advantageous to both the player and operator alike.  However, it is crucial that its developers find a solution to the issue of scalability. There is no doubt that at its current rate of 15 transactions per second, players may soon have to entail a much slower gambling experience. If this occurs, then other blockchains within the market may soon take over. Nevertheless, if Ethereum’s planned release of version 3.0 meets expectations, then the blockchain will most likely only continue to lead the way.