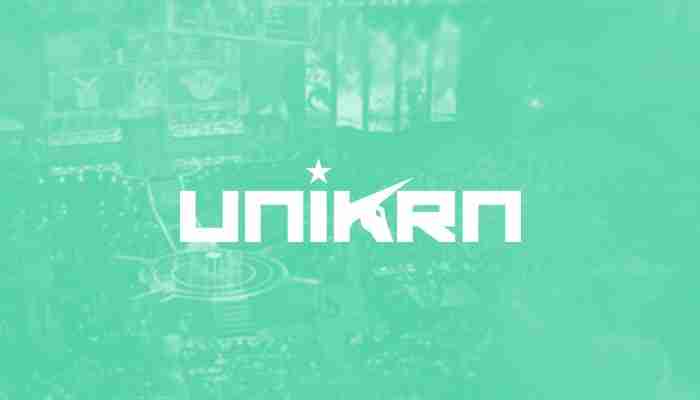 Earlier this month Unikrn, a major E-sports gambling operator has received its MGA license, Malta’s gambling license, allowing it to start operating in Europe. This is a major boost for Unikrn, which is also in ICO phase for their UnikoinGold token.

Since 2014 Unikorn has established itself as one of the most reputable esports bookers in the world. Their platform is a continuous work in progress, meaning that they always look for ways to improve their operations. This resulted in one of the most technologically advanced esports betting platforms today. And, most excitingly, they have been pioneering the use of blockchain technology for over 2 years now, using a token called Unicoin.

Unicoin gave Unikrn users the unique ability to bet on esports, win prizes and ladder the rankings with the virtual coin. Since Unicoin was basically play-money, meaning that it wasn’t convertible into fiat currency, it gave Unikrn 2 years to experiment using virtual currency. Giving their players a unique experience, revolutionizing esports gambling, Unikrn figured it was time to take this to a new level. With over a quarter of a billion in Unicoin turned over, the next logical step was to offer ‘Real Money’ wagering – cryptocurrency wagering that is!

Unikrn’s cryptocurrency is called UnicoinGold, the ‘real money’ version of Unicoin. UnicoinGold is an ERC20 token based on Ethereum which will enable players to start wagering on Unikrn’s new skill-based esports betting platform. This new platform is meant to be a complete esports reward ecosystem, also rewarding players, content creators, and spectators. You can find more info on UnicoinGold, which is currently being distributed via ICO here https://unikoingold.com/

Expanding their business to Europe and taking the platform to a real-money operation is part of a big leap forward for Unikrn.

Rahul Sood, CEO of Unikrn about the EU License:

“The European expansion means there’s going to be a large and soon-growing marketplace of users, including the real-money transition of already established users, who want to buy, exchange and use our token to bet on our platform.”

E-Sports, competitively played video games that are played either online or taken to the stage (yes, some e-sports tournaments fill up entire stadiums) are surging in popularity. Especially among the younger demographic it can be seen as one of the fastest growing sports in the world. Estimated revenues that come with the e-sports industry are around 700 million for this year, with predictions as high as 1.5 billion for 2020.

Besides the promising, and rapidly growing niche, Unikrn is backed by a number of big shot investors, including Marc Cuban, Ashton Kutcher, and Elisabeth Murdoch

The Malta license and the real-money expansion to the European market will be a major stepping-stone for the business as it increasing the market size drastically. Besides the increase in market size, the other non-betting related uses of the token, which we mentioned before, will also provide a platform for mass adoption.

We see a bright future for this project, as Unikrn seems to be at the right place at the right time. Besides, the project seems to have solid and visionary leadership, as becomes apparent from the backing of big investors. Now the EU License and massive growth in cryptocurrency market cap! This is a recipe for success.