Welcome to the free crypto casino review directory of eth.casino. The casinos listed on our website contain some of the most trusted casino operators which we fully endorse. Our Ethereum casino reviews are written with the intent to give you all the information you need in order to choose the crypto casino that best meets your expectations.

Apart from offering a top-notch casino experience, FortuneJack Casino has a generous loyalty program and accept a wide range of cryptocurrencies, including Ethereum. Full Review >

If you’re looking for a super solid casino that offers a great variety of casino games AND accepts Ethereum, you might have found it in Bitstarz. Full Review >

mBit Casino has one of the largest product ranges in the industry, offering more than 1000 individual games for players who are looking to use crypto. Full Review >

The fresh look of Stake.com combined with a variety of proprietary games and cryptographic security is what makes Bitcoin and altcoin casino worth your while. Full Review >

In our opinion Betcoin is a very well rounded crypto casino, with a wide range of proprietary games including, casino, slots, poker and sports betting. Full Review > 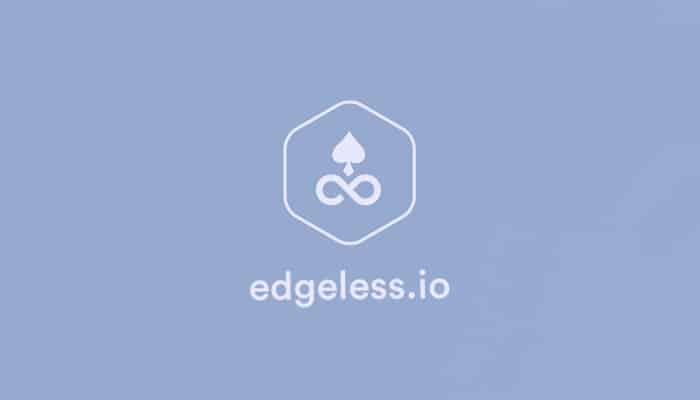 The $50B on-line gambling business encompasses a problem: transparency. Nowadays pretty much all casinos have mechanisms to cheat their own players, most of the times, the players won’t even notice it. Furthermore, it’s virtually impossible to prove that the casino is cheating. The industry that is always fighting for a better reputation obviously can’t handle any more negative news – but on the other hand can’t help itself from biting its own fingers. This presents a major opportunity for blockchain technology and Smart Contracts. One of the companies to take advantage of this gap in the market is Edgeless.io.

Co-founder Tomas Draksas says: “There isn’t any means of knowing what happens within the casino servers and the way the mechanisms are programmed”. With Edgeless.io the goal is to offer 100% transparency, while keeping the casino’s house-edge extremely low.

To illustrate that the problems are real, many authority websites that have player’s interests at heart, have black-listed countless casino’s that provably cheated their own players in one form or another. From rigging games, failing to pay out wins, or simply refusing to pay out players funds. This happens at pretty much all types of online casinos – Bitcoin casinos included.

To really move the industry forward, online casinos should be programmed directly onto blockchain and Smart Contract technology. The fact that a casino offers Bitcoin as a method of transaction does not say anything about the way they do business.

“It is scary how easily online casino can be rigged. With a few tweaks to programming code, the owners can easily influence the casino’s profitability in their own favor,” explains Draksas. “I believe that many major online casinos are abusing their power. For the sake of better gambling experience and industry growth, casinos must be decentralized”.

In the interview below, Draksas goes more in-depth on Edgeless.io – disclaimer: the interviewer is pretty weird…

Edgeless.io was born out of a need for better gambling. The founders, a group of blockchain and casino specialists from Germany and Lithuania, started out with etherslots.win. This was their first blockchain slots game which was completely transparent. The success of Etherslosts lead to the development of Edgeless.io.

“0% house edge on our games will sound really controversial for most people and that’s the reason why we offer these games. Using blockchain we can also make it extremely profitable,” adds Draksas. “We also have plans for additional games and sports betting – everything will be fair and transparent, that’s our motto.”

Edgeless is based on Ethereum which makes use of smart contracts. These are basically transactions with information, including programming rules embedded within them. Anyone has the ability to look into the source code, hence it provides 100% open-ness. While many online casino’s pretend to be 100% fair, displaying the random number generators they use, a lot of cheating can still happen – even on a server level. Only when all casino operations are moved from traditional servers to decentralized smart contract based developments, 100% fairness can be guaranteed.

The company raised initial investments in February 2017 through a crowd-funding campaign often used in crypto-land, called an Initial Coin Offering (or ICO for short). Edgeless created their own Etehreum based token called EDG, and early investors were able to buy in return for some equity in the business. This generated enough capital for the team to start the development and soon it will launch its first beta.

From their blog we can read:

“As we outlined on a white paper, the full platform will be launched in a Q3. It will have Black Jack, Dice, and Lounge Lottery, a new design, a casino license and proper gambling limits.

At the moment, we cannot announce a concrete date because it depends how fast we will manage to get the casino license, and licensing in a casino industry is a relatively long process.”

Here at ETH.casino we’re super excited for the launch of this casino and we’ll obviously keep you updated if any news comes out regarding Edgeless.io

OUR REVIEW GUIDE > JOIN THE COMMUNITY >