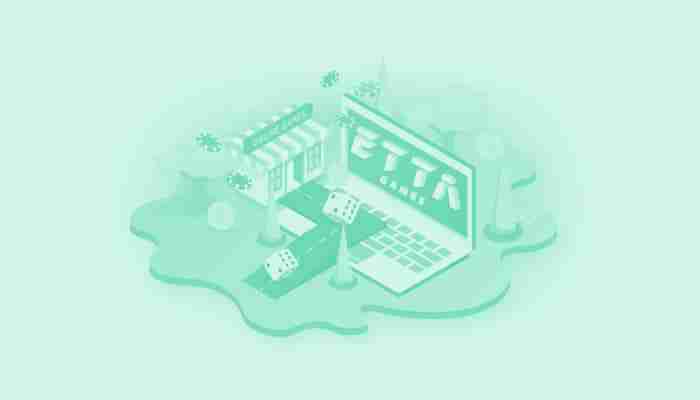 Etta Games is one of the latest gaming platforms to arrive on the increasingly popular Ethereum blockchain, offering users the chance to bet and win Ether whilst playing their favorite classic-style casino games.

The team has developed another DApp (decentralized application) that is attempting to satisfy the increasing appetite of gamers who want to gamble in a fun way, but without the trust issues and security risks that go hand-in-hand with regular online casinos.

One of the key benefits offered to users from the Ethereum blockchain is a safe and trustworthy gambling environment. It allows gamers the possibility to rest easy in the knowledge that their gambling is taking place in a decentralized ledger and not on a potentially nefarious private server.

One of the key benefits afforded to gamers is that Etta Games is provably fair allowing gamers the chance to check how their games they are playing generate their results here.

Gamers also love the possibility that they can do not have to submit their personal details to sign up nor do they need to make a deposit to play. The only thing that Etta Games requires is a user’s wallet ID which of course remains encrypted and anonymous.

Like other casino DApps entering the market, Etta Games uses smart contract technology to process all of the transactions produced by the games.

Smart contracts are attractive to gamers as they can process transactions instantly without the need for any middlemen and provide a conflict free way of executing those transactions.

Additionally, the Ethereum network is publicly auditable and secured on a shared ledger which uses strong cryptography and any attempted changes made to it requires agreement by the majority of the network.

Etta Game’s goal is to eventually build a platform of where a wide range of Ethereum games can be played. Originally launched back in August, the first game offered by the developers was Baccarat which was followed up by the platform’s second game, Lucky Dice.

In order to promote the site, Etta Games have recently offered a range of promotions including a number of free spins on its very own Etta Lucky Wheel featuring a main prize of 0.2 ETH.

At the moment, users can only play the games on desktop only using Chrome or Firefox, and once they have MetaMask installed. Recently, the Etta Games team announced that shortly it will support Opera, as they have accepted MetaMask into their application store.

Etta Games joins a number of other decentralized applications recently submitted to the Ethereum network. The growth in submissions has been exponential, with October, 2017 seeing the largest amount of submissions on record.